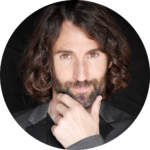 •The Frog’s Puddle, directed by Javier Barbera (in preproduction, USA, 2022).

•The Painting, directed by Gustavo Asensi (in development, USA, 2022).

•The Key to Happiness, directed by Roger Delmont (in development, Spain, 2022).

•The Fallen Angel, directed by Fito Rivera and Jose Villalobos (in development, USA/Mexico, 2023).

•No Way Out, directed by Hector Echavarria (USA/Paraguay, 2015).

I am an actor from Barcelona, Spain, based in Los Angeles, CA, USA. I have trained with some of the best acting coaches of the world, and I have more than 2,000 hours experience working on sets and on the stage. I’m very passionate about my career and I’m always trying to find new challenges that can help me develop and improve my acting skills.

Please find more info about my career on IMDB. 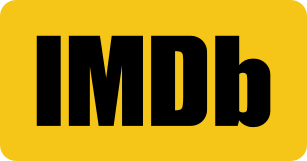 •A Fork in the Mediterranean, documentary produced by the Australian TVSBS Television. Producer and presenter Pria Viswalingam (Australia/Spain, 2004).

•Passions and Slides, Play based on Drama scenes from: “HAMLET”, by W. Shakespeare, “LA TREASON”, by Harold Pinter, “SALEM WITCHES”, by Arthur Miller, “THE SEAGUL”, by Antón Chéjov, directed by Boris Rotenstein. (Spain, 2004).

•Impossible Love, Play based on Drama Scenes from: “BODAS DE SANGRE”, by Federico García Lorca, “ALL MY SONS”, by Arthur Miller, directed by Boris Rotenstein. (Spain, 2002).

•Acting Studio at Edgemar. The Golden box and scene study with Michelle Danner