Christian Rodrigo has been working as an actor for more than 20 years and he has trained with the best Acting coaches all around. He has appeared in 11 feature films, 50 short films, and in some plays and TV episodes. Christian has coached many actors from all over the world, helping them to get the most from their performances and/or auditions with great success, but specially, he helps them enjoying the ART of LIVING AND BEING TRULLY UNDER IMAGINARY CIRCUMSTANCES.

After he started teaching, he realized that the emotional obstacles and blocks that students bring with them are the real reason why they find less easy to just enjoy the power of BEING in the stage instead of ACTING. So he gives them tools to free themselves to work with their instruments (their BODY, their VOICE, their EMOTIONS and their IMAGINATION), so that they feel more secure, become better performers, and enjoy more their crafts on set or on stage.

He is the founder and festival director of the international theater festival, the Brisk Festival. He is been a seasonal member of the Play Development Unit and the Directors Unit of the prestigious Actors Studio West since 2019.

He is a member of SAG-AFTRA, the Professional Actors and Directors Association of Catalonia (AADPC), the Film Academy of Catalonia, and an actor and teacher at The Actors’ Gang theater company (Artistic Director Tim Robbins). He is also a filmmaker and producer.

You can find more info about his career at www.christianrodrigo.com. Magic happens when we let ourselves feel and react to our emotions while we listen to our partner.

"I was very shy and afraid to be on stage and I couldn't find a place in the past I could feel comfortable until I started working with Christian.. with him I found what I was looking for.. he has helped me like no one to open myself and feel comfortable on stage." 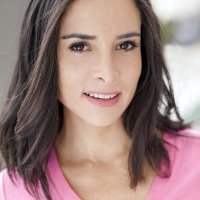 KELLIN ESQUIVEL
Actress
"I've always admired Christian as an actor and I've always wanted to study with him.. I learn a lot with him.. he has a great energy that helps people feel relaxed and open to work in group and share with generosity." 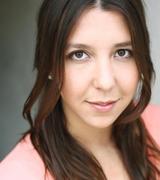